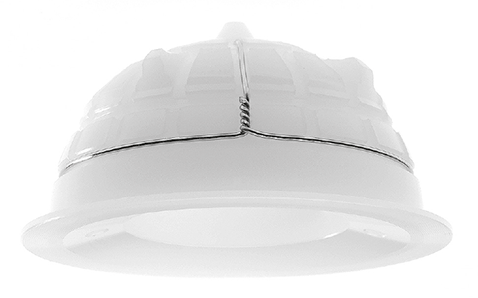 LINK has decades of experience in the use of UHMWPE, and this was particularly valuable in the design of the cemented acetabular cups. The high quality of the polyethylene demonstrably minimizes abrasion suffered by the components, and thereby reduces the risk of osteolysis. Consequently, the incidence of component loosening is very low. In addition to the Standard UHMWPE, we also supply the system in acetabular cups made of X-Linked UHMWPE, This highly crosslinked polyethylene makes it possible to achieve even lower abrasion levels.2, 7, 8 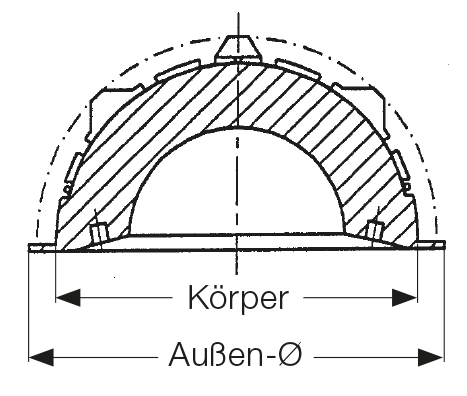 In addition to the material properties, the external shape of the acetabular cups helps to prevent loosening. Radial notches in the surface create a high degree of cement contact and allow air to escape when the implant is pressed into the cement bed.4 Furthermore, spacers on the rear surface of the acetabular cup permit a uniform cement coating. This surface design increases the stability of the cup in the acetabulum and largely eliminates the risk of loosening. This cup design is used successfully in the FAL and IP Polyethylene Acetabular Cups and also in the Lubinus Acetabular Cup.

The LINK FC Polyethylene Acetabular Cup is a cemented acetabular cup made of UHMWPE. The direct stability of the cup in the cement coating permits rapid postoperative mobilization of the patient. This, in turn, means shorter recovery times and shorter hospitalization for the patient.1